As I go from dabbler to do-er, I’ve decided I’m done with saving notes in everything boxes. Instead, I want a thought processor — a collaborative, creative partner. Instead of merely collecting and categorizing my notes, I want to link ideas together in surprising and useful ways.

DEVONthink Thinks about Your Notes

With that in mind, I returned to what I knew: DEVONthink. I’ve used DEVONthink before to organize research for a book and card deck. As I collected Celtic folklore, DEVONthink indexed the stories for easy searching.

But DEVONthink, as the name implies, goes beyond indexing material. Through its “See Also” feature, DEVONthink recommends thematically related entries. Matches appear in a sidebar, ranked by relevance.

I needed a quick way to test DEVONthink’s ability to find surprising links among notes. So I fed DEVONthink hundreds of entries from my dream journal.

I’m very familiar with these journal entries. I mean, I dreamed, recalled, and wrote these dreams down. I’ve scoured the entries for dream cues. (When lucid dreamers see dream cues, they realize they’re dreaming and can take control of the dream.) Could DEVONthink detect patterns I hadn’t?

As I imported entries, I kept an eye on the See Also panel. In just a few minutes, DEVONthink found surprising relationships I had overlooked:

Most of my dreams occur in a consistent world. By detecting frequently repeated words in dream descriptions, DEVONthink noticed many dreams take place in one city. I return to this place, with its cool climate, mountains, and pedestrian-friendly walking lanes, moving sidewalks, and speedy elevators again and again.

My dreams have a consistent history. DEVONthink found entries with parallel phrasing (like “in this dream, I know X, even though I’ve never met X”). My dream self recalls a persistent set of people, trips, and events I haven’t encountered in the waking world.

I’m being stalked by a recurring dream character. By noticing several entries where the words curly and brown appear close together, DEVONthink helped me spot a lanky young man with curly brown hair and brown eyes who follows me from dream to dream.

I had tossed these dreams into an everything box for three years. But I didn’t become conscious of these patterns until I fed my dreams to DEVONthink. If DEVONthink can do this with a few hundred dreams, imagine the relationships it might discover in a few thousand notes!

But DEVONthink isn’t the Thought Processor of My Dreams.

For me, this was a pivotal moment. DEVONthink did help me see familiar material in new ways. But despite these dramatic insights, I didn’t pick DEVONthink as my collaborative partner.

Inspiration can strike anytime, anywhere. I need my thought processor to be on my iPhone, my iPad, and my iMac. Sadly, DEVONthink runs only on the Mac. (An iOS companion app called DEVONthink To Go exists, but has limited functionality, crashes often, and syncs unreliably.) I also find DEVONthink’s environment, with all the tiny grey text and hidden panels, more utilitarian than reflective.

Over the next few posts, detail what led me to my final decision. For now, though, I’ll just share a fragment of a dream I had after spending a week after these experiments began.

I am standing on a stretch of highway. The B-52s drive by in a flashy Cadillac. Lead vocalist Fred Schneider grips the steering wheel, which, I notice, is not a steering wheel at all, but a stylized astrolabe.

“Roam, if you want to,” the B-52s sing, their pitch shifting as they hurtle past. “Roam around the world.”

Photo by Sid Balachandran on Unsplash

Please note that links to The Tarot of the Celtic Fairies and Lucid Dreaming for Beginners are Amazon.com affiliate links. If you follow those links and make a purchase during that visit, I may receive a small payment as a result.

I’m Done with Saving Notes in Everything Boxes 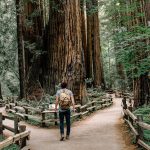 Choosing Between Roam Research and Obsidian.md