Mark’s Note: I copied this post over from one of my older travel blogs. Thinking back to Gozo, three things stand out in my mind: the endless and pointless circling of the crowded Hop-On, Hop-Off busses; desperately seeking shady respites from the blistering heat; and the disappointment of the ill-preserved, ill-protected Neolithic temples.

Almost every European cruise we’ve taken has at least one port that left us shrugging. On Holland America’s Adriatic Dreams cruise, that port was Mgarr, Malta, on the island of Gozo. I cannot say anything good about our time on Gozo — except that it eventually ended.

Gozo may be fine for teenage backpackers seeking beaches (we saw a few — both backpackers and beaches).

Gozo also might be an adequate place to spend a summer weekend in a rented condo, especially if you enjoy a desert climate, have an affinity for prickly pear cacti, or have never seen a Neolithic temple of any kind. (If you have visited the temples outside Valletta, the temples on Gozo will strike you as less well-preserved and less well-presented.)

On our one day in port, we spent several un-reclaimable hours of our lives on Gozo’s hop-on, hop-off bus. Most sights — the craft center, in particular — were shuttered; our bus passed them without slowing down. Other stops didn’t seem to be very near any points of interest. A bus station? An intersection? Hmmmm. From time to time, we glimpsed the gigantic dome of Ta Pinu Sanctuary, but no matter how far we traveled, it remained in the distance, like a mirage on the horizon.

When we pointed this out, the HOHO bus drivers were unsympathetic. “Just keep riding,” one said — and then, an hour or so later, he told me, “It’s too late to go there now.”

(Fellow tourists back on the ship did manage to get to Ta Pinu; when asked about the experience, they merely shrugged.)

Looking back, I wish we had pretended our day on Gozo was a sea day: a day to retire to the pool deck or spend the day bobbing around in the ship’s hydrothermal pools. Remember, too: for most ships, Mgarr is a “tender port,” where you must take a smaller boat from your ship to shore and back again. For us, the long lines for tender ships and the rough water added to our frustrations, making us even more likely to skip out on Gozo should it be offered again on some future sailing.

And if I had to go to Gozo, I’d do the smartest thing possible: skip ship’s excursions, skip the Hop On/Hop Off busses, and snag any one of several local taxis … because, on Gozo, these taxis provide the fastest and most direct route to the few sights worth seeing. (The drivers all work together, and they are used to collaborating via cell phone to drop tourists off and pick them up later at a scheduled time.) Get your taxi early, though; by mid-day, as HOHO bus customers catch on to the scam, taxis get harder and harder to find.) 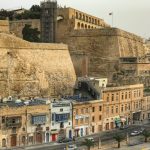 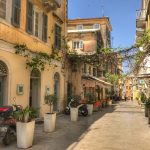 One Port, Three Cities, Many Memories