For as long as I can remember, I’ve been in love with Atlanta.

As a kid, I obsessed over the serpentine rollercoasters at Six Flags over Georgia, the log flumes sloshing with water the color of toilet bowl cleaner, and the sweeping landscapes and high-speed car chases projected on the dome of the Chevy Show. At Lion Country Safari, I hand-fed giraffes from the back seat of my family’s bronze Ford Gran Torino. At the World of Sid and Marty Kroft, I bought my first magic trick: a cardboard box, bisected by a mirror, from which I could produce a cheap stuffed rabbit.

On rainy Sundays, huddled in my tiny bedroom in Anniston, Alabama, I’d mangle the telescoping silver antennae on the back of my portable black and white t.v. in hopes of intercepting broadcasts from WSB. I’d sit in the dark, curtains drawn, eyes squinted, straining to see reruns of U.F.O. and Star Trek and I Dream of Jeanie through a hard rain of video static.

And, one day, after my photographer father dropped off film to be processed at Central PhotoColor in Midtown, we stopped at a traffic light at the corner of 10th and Piedmont. From my place in the back seat of the Torino, I spotted two men just on the other side of the window: bearded, hairy-chested, strolling together in the late afternoon sunlight, holding hands.

To a closeted fundamentalist twelve year-old from a small Alabama town, these men were as exotic as giraffes, as magical as a mirrored box, as alluring as a flickering broadcast in a darkened bedroom.

From the moment Clyde and I moved to Midtown, Atlanta felt like home.

Our eighth-floor condo rose just high enough to see over the tops of 13th Street’s oaks and elms. From the balcony, we could hear concerts in Piedmont Park, see the Christmas light show at the Botanical Gardens, watch summer storm clouds billowing over the skyscrapers of Buckhead.

In Midtown, I grew spiritually, healing the wounds inflicted by the church of my childhood, reclaiming my identity as a inspirational teacher, and knitting together a patchwork faith of my own. I grew socially, supported by an expanding circle of friends who joined us for everything from weekly dinners to voyages to New Zealand’s volcanic beaches. I grew professionally, turning a entry-level position as an anonymous a.v. technician into a dream job collaborating with the most talented artist I’ve ever known.

Years passed. We lost a beloved dog and two elderly cats; we welcomed two puppies. I self-published four books. We saw two or three art films a week. I became a reluctant vegan. We got married. We started every morning together: eating breakfast, walking the dogs, walking me to work, kissing as we parted ways, meeting for dinners at Einstein’s, at Henry’s, at Joe’s, at Olive Bistro, at Publico, to talk about our days. Restaurant staff knew us, knew our food and drink orders, called us and our friends by name.

Atlanta was everything I dreamed it could be … until it wasn’t.

Electric scooters arrived in 2018, whizzing past pedestrians at twelve miles per hour despite laws banning them from the sidewalks. More than one scooter driver plowed into me; another struck Clyde a glancing blow. Yet another ran over our dog. The offending drivers were unrepentant: refusing to stop, laughing, or, more often, shouting at us to get out of their way.

With the end of the recession, residential buildings erupted like glass and steel tumors in every undeveloped lot: cramped little boxes piled on top of each other, filing cabinets for human beings. The first new tower in our neighborhood obscured our view of the park; the second erected a wall of residences twenty-three stories tall right outside our window. No more treetops, sunrises, or oncoming storms for us; instead, we saw several dozen strangers watching t.v. in their underwear.

As the days passed, Midtown felt less familiar and more aggressive, less like my neighborhood and more like Epcot Atlanta. At the same time, our obligations to aging, ailing parents increased, taking us out of town with increasing frequency. In all of 2019, we spent just three weekends at home, prompting me to observe, “We don’t live in Midtown anymore; we just work here.”

Maybe Midtown changed; maybe we did. But once our Midtown was more a memory than a reality, Clyde and I reached a joint conclusion that we were ready for a change. And finally, when Clyde’s dad passed away in August of 2019, we had to acknowledge that Midtown lacked one more thing we wanted in our lives: family.

In September, we decided to move. By December, the condo was on the market. We were living in Mississippi by the end of the year.

When we told friends and family we were moving, they expected us to head for San Francisco or Seattle or Reykjavik or Lisbon or Bangkok. When we said, “Actually, we’re moving to Mississippi,” we got one of two responses. Those who already lived in Mississippi said, “How wonderful!” Those who lived elsewhere said, “You’re moving … where?!?”

I understand their reactions. To put it as charitably as possible: Mississippi is not exactly known for its progressive values. Or its residents’ physical fitness. Or its public educational system. Or the quality of its health care. Or its prosperity. Or its growth. Driving around town, we see about as many Trump 2020 bumper stickers plastered on minivans as we do Confederate flag decals stuck to pickup trucks.

But there’s more to Mississippi than statistics or stickers can tell. When Clyde’s dad passed away, a well-coordinated congregation of loving people materialized to support Clyde, his sister, and our family. Over the twenty-eight years we’ve been visiting here, we’ve been openly and warmly embraced by friends and neighbors who never once hesitated to accept us for who and what we are.

Look up at night, and, instead of the landing lights of Delta jets, you’ll see a moon as big as a beachball bobbing in a sea of crystal stars. Instead of malls and chain stores, family-owned shops and surprisingly good restaurants line earnest main streets. While walking the dogs today, instead of being accosted by aggressive scooter drivers in Piedmont Park, we stood in silent amazement as five fat deer meandered across our path.

There is darkness here, but there is goodness in equal or greater measure. And there’s love. And joy. In the past two weeks, I’ve been happier and more at peace than I’ve been in more than two years.

For me, experiencing something fully means writing about it … and so I want to write about this place, these people, and our transition here. I want to capture what I love about New Albany and preserve it for you, to offer up stories and sounds and snapshots that help you see Mississippi — our Mississippi — in new and surprising ways.

You may never choose to move here, but if I can share just half of what’s on my heart, you may begin to see the Magnolia State in a different and unexpected light.

Let me show you around the place. 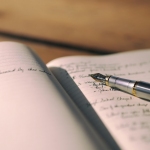 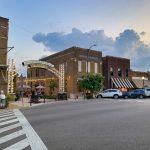