Items from the previous week that crossed my desk, that caught my attention, and that you might find interesting.

How a Plague Exposed the “Christian Nation” Myth. “Nothing reveals the rot at the center of American Christianity like the response people have had to wearing masks. It requires zero sacrifice to put a mask on—but that’s still too much of an ask for many Americans.”

The Prophecies of Q. “You know that a small group of manipulators, operating in the shadows, pull the planet’s strings. You know that they are powerful enough to abuse children without fear of retribution. You know that the mainstream media are their handmaidens, in partnership with Hillary Clinton and the secretive denizens of the deep state.”

From Seth Godin, Cost and Value. “Your customers don’t care what it took for you to make something. They care about what it does for them.”

If our current political situation isn’t scary enough for you, here’s a disturbing tw0-minute film that’s creepier than most big-screen horror flicks: The Rickety Lady.

No matter how badly revisionists want us to think so, there were no “very fine people” in the neo-Nazi protestor group in Charlottesville. 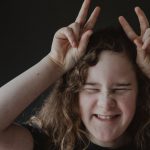