Over more than a dozen visits, Karvelas Pizza Company has become, hands down, my favorite pizza place. Incredibly, it is in Hogansville (“The Hog”), Georgia, exactly sixty miles from my doorstep — a full hour’s drive, one way. Unless we are traveling the planet, we eat there at least once every other week.

I have an unreasonable, impractical attachment to the place and their unique take on “dirty South” pizza. I don’t know that I can explain it to you. But — for your sake — I’ll try.

Do you hear that sheet of butcher paper ripping off the roll? That’s the staff, making your custom tablecloth. (You’ll eat off it, too. No dishes here.) Giant t.v. screens flicker, displaying this afternoon’s game, but the audio’s drowned out by conversation. At the bar, servers pull foamy, golden IPAs from the gleaming taps. In the kitchen, Joey or Nick and a few other flour-coated guys toss spinning discs of dough into the air, ladle them with sauce, top them with the perfect amount of toppings, and sling the finished pies from the gleaming bank of ovens to the spotless service counter.

You can hem and haw over drinks and appetizers, but you’d do better to let me order for you: a Chance IPA from Wild Leap Brew Company (hoppy and hazy, with hints of grapefruit and strawberry), fried pickles (lightly battered, still tender), and ten crispy fried wings (tossed in “Charlie’s hot parm” sauce), followed by the eponymous Karvelas Brothers’ pizza (pepperoni, sausage, onions, mushrooms, and bell peppers). Don’t fret over what size; there’s only one.

Vary from this order if you are lucky enough to be there on a rare margarita pizza night. Snag one while you can: a crispy crust topped with house-made marinara, dotted with homemade buffalo mozz, and festooned with fresh-cut basil.

From Atlanta, head south on I-85. Watch for the heart-shaped beacon of the Love’s Travel Stop, looming like a pagan torch above Exit 28’s kudzu-infested pines.

Stop at Love’s for gas if you must. Gaze upon the college students filling their tanks, the grizzly truck drivers refilling styrofoam coffee cups, and the women in stretch pants and flip flops standing in the inevitable line for the ladies’ room.

But do not eat here — please — and do not be distracted by the fragrant Waffle House, the generic chips and ketchup salsa at Nacho’s Mexican Grill, the earnest smoked meats at Roger’s Barbecue, or the margaritas and elk tacos at the “international buffet” at Hunter’s Bar and Grill. All of these eateries have their charms. But they are not Karvelas.

You’ll continue west on Highway 54, which, by some existential magic, is also Highway 100, which is also Lone Oak Road, which is also East Main Street. Follow the low hills and gentle curves past the historic bed and breakfasts. Just before you reach the optimistic spire of Ebenezer Presbyterian Church, turn right onto Johnson Street, and take the next left onto Commerce Street. Karvelas Pizza Company is just a hundred yards further down the road on the right.

On Google Street View, in a photograph taken on a sunny day some years ago, the location looks abandoned:

Today, though, you’ll see a long, low building graced with both Art Nouveau signage (out front) and a glorious 80’s-era airbrushed mural (on the side), protected by a combination fenced-in playground, fire pit, picnic patio, and outdoor bar.

Walk in. Just be you. Karvelas Pizza Company is not a place that puts on airs.

The first time we walked in the joint, we weren’t sure what to expect. Despite the fact that Clyde and I are about as threatening as two dollops of buffalo mozzarella, in some rural Southern towns, the arrival of two guys who’ve been married for twenty-eight years draws mixed reactions.

But that first night, April Karvelas put us right at ease with a “Where y’all from?” We ended up talking about our drive home from Alabama, spending every other weekend or so visiting my elderly Mom, and how remarkably hard it is to get honest pizza in a city the size of Atlanta.

She seated us with a family that already had their pies in place. We joked about sharing their just-delivered pizzas; they offered to sell us two slices at outrageous prices.

We introduced ourselves, and the conversation turned to life in Atlanta. Our new friends said they enjoyed visiting the city on weekends, “but we can’t imagine living there.” But after we told stories about walking everywhere (to work, to museums, to plays, to any of ninety-seven restaurants within a mile of our house), they laughed and admitted they could see the appeal of that.

Two weeks later, when we came back, the staff greeted us with hugs. As we made our way to our table, we saw the same folks we’d met two weeks before. They came to our table, shook our hands, and called us by name.

Alexis — Nick’s wife — came to take our order. She brought me the Chance IPA I had liked. She remembered our pie order.

She asked about my mom.

Not long ago, my doctor sat across from me and said, “No more meat. No more cheese. Switch to a plant-based diet.” I’m a little embarrassed that, on my way home, I caught myself thinking: “What will I do at Karvelas?”

You see, perhaps more than a grown man should, I look forward to our bi-weekly stop in Hogansville. On the way to Alabama, as we pass Exit 28, I think about the crispy succulence of fried wings. And on the way back home to Atlanta, I drive a little faster, because a Karvelas Brothers’ Pie awaits.

The Saturday following my doctor’s dire announcement, we arrived after the sun had dipped behind the big tree that borders the playground.

Long shadows streaked the parking lot. We snagged an outdoor table next to three outlaw bikers in leather chaps and “HAWG KILLER” t-shirts. They asked what pizza to order; we asked them about their sunglasses.

When Alexis came to the table, she said, “Karvelas Brothers, right?”

I told her the story of the doctor and the change in diet, and we worked out a new order: all the veggies in the house, no cheese, no garlic butter glaze. When she brought out the pie, I was relieved. Despite the lack of meat and cheese, it looked incredible:

Without the grease from the cheese, the crust assumed a new level of crispness, snapping perfectly in half when folded. The sassy red sauce, onions, and jalapeños balanced the more rounded and muted green olives, black olives, and mushrooms. The sheer vegan perfection of it all made my heart soar.

Later, when I spotted Manny out front, I sauntered over and let him know how happy I was to work Karvelas pizza into my new way of eating. He thought about this a minute, and said, “You know, people are all the time bringing us fake cheeses or soy sausage, but we can’t take anyone else’s food into the kitchen.”

“I know,” I said. “And that’s shame, because I’ve found some really good cashew mozzarella.”

“Well, here’s the thing,” Manny said. “Our pizzas are coming out of a red-hot oven. If we put that pizza in a box when we bring it to the table, you could sprinkle fake cheese on it, close the lid, and I’ll bet that veggie cheese would melt right down.”

The next visit, we bought the vegan cheese. Alexis brought the pizza in a box. That cardboard convection oven melted that cheese right down.

If you can’t go to Karvelas Pizza right this minute — even though you should — you can get a feel for the place from their social media feeds.

Why? Other restaurants market to me. Karvelas Pizza Company talks to me. As someone who creates media for a living, I know how rare it is for a company to share something this authentic and unfiltered. No slick marketing guru would ever produce content like Karvelas does, because they’re not “making content” — they’re just being themselves and going on about the things they love.

One day, you’ll see Joey irritating Nick while he preps the dough. The next, someone will be wielding a blowtorch, scorching the top of the wooden tables for the new La Grange location. The next, nothing but a close-up shot of glistening wings. It’s chaotic and unscripted; I hope it never changes.

Here’s something you realize as you age: the present is a fragile moment.

Right now, today, in this moment, a perfect alignment of people, place, and pizza has manifested in Hogansville, Georgia. When this kind of thing happens, you don’t ask why. You don’t delay. You just go. You immerse yourself in it. You treasure it. You get your hugs, you sip your Chance IPA, you eat one more slice than you really should, and you thank your lucky stars for being in this place, at this time, to experience this little local miracle: Karvelas.

Update for 2020: Karvelas has expanded, with locations in La Grange (which has a warm and slightly more urban vibe) and Newnan. Now, how am I going to convince them to put in a location here in New Albany, MS?

A Reminder: My opinions are not for sale. Not one single post on MarkMcElroy.com is a sponsored post. I have received no compensation or discounts for writing this piece. Because I pay my own way, you can trust what I say to be objective, unbiased, and reliable. In a world where truth is hard to come by, that’s worth noting here. 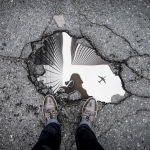 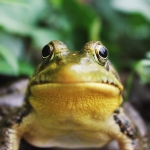 A Christian Response to Insurrection