That archetypal pie came from Pasquale’s Pizza Restaurant in the Lenlock Shopping Center in Anniston, Alabama. You’ve never been there, but you know the place. A dining room with wide, black booths around the perimeter and wrought-iron tables and chairs in the middle. Red and white vinyl tablecloths. Bulbous glass shakers of pepper flakes and powered cheese.

My first pizza featured a film of melted mozzarella, a stingy smear of red sauce, and a pale, thin crust with the texture and flavor of under-toasted Wonderbread. Pulling the cheese away revealed a crustal landscape of steaming hills and craters pooled with orange grease. Listed on the menu as “Small/Plain,” it was as wide as a dollar bill and cost forty cents.

We lived in one town and went to church in another. (Long story.) Our route to the Weaver Church of Christ took us right past the Lenlock Shopping Center, the home of Pasquale’s.

Especially on Sunday nights, when my parents were worn down by Sunday School, many prayers, the morning sermon, an early afternoon singing, a late afternoon youth class, and the evening sermon, I would campaign to stop for pizza.

One night, though, when I was seven, Mom gave in and sent me inside with one dollar to get two six-inch small, plain pies: one for me and one for my brother. I felt so big, ordering and paying for my own meal.

While I waited, I came across a coffee can on the counter. Taped to the outside was the photo of a sickly-looking boy with large, sad eyes. The accompanying note, scrawled with a blue Bic pen, explained Billy suffered from an exotic disease. Medical bills exceeded what Billy’s family could pay. Any help would be appreciated.

When the elderly woman behind the counter delivered my pizza — on a warm paper plate, cocooned in a white paper sack — I paid for it and received a small fortune in change. Without hesitation, I dropped the coins in the coffee can.

“You’re a good boy,” the woman behind the counter said. “You think of others.” Beaming, I ran back out to climb in the passenger seat of my mother’s metallic gold Ford Gran Torino.

I blinked. I had ordered just one pie. “I forgot.”

Mother would have none of it. “You wasted sixty cents.”

“I was thinking of others.”

“You forgot your own brother!”

The rest of the way home, no one spoke. When we arrived, the paper sack and the plate inside were spotted with grease. My brother and I shared the single six-inch pie: two lukewarm slices, three delicious inches apiece.

2. The Toxic Treat the Beggars Eat

I ate my first “small/plain” slice in 1969. That momentous day came either two hundred years … or three thousand years … after pizza was invented.

We can’t be more precise than that, because pizza is essentially toast with toppings, and that very simplicity complicates efforts to pin down pizza’s pedigree. Twenty-eight hundred years ago, Persian soldiers used their concave shields as solar ovens to bake flatbreads topped with dates and cheese. The Greeks noshed on open-faced sandwiches layered with cheese, garlic, and onions. The Romans snacked on re-heated matzah crackers sprinkled with cheese and drizzled with olive oil.

Today, upscale pizzerias sell similar “artisanal pies” to deep-pocketed diners for thirty bucks a plate. As recently as the 1800’s, though, pizzas were eaten exclusively by the poor. Nearly-rotten vegetables, fatty meats, and day-old fish became more palatable when scattered on flatbread, smothered with cheap local cheese, and baked at high heat.

Pizza’s association with poverty is also how tomatoes and tomato paste found their way onto pies. After explorers imported tomatoes from the Americas, a mystery emerged: wealthy people who ate tomatoes sickened and died. But as detectives on CSI: Naples discovered, the cause of death had less to do with toxic tomatoes and more to do with being well-to-do. Acidic tomatoes leached lethal levels of lead from the pewter plates favored by Italy’s aristocracy.

The news came too late, though, to save the tomato. The bright red fruit had gained a reputation for being poisonous — except in the slums, where commoners, eating off wooden plates, consumed them without consequence. With time, tomatoes — sliced, crushed, or cooked — found their way onto the pizzas of the poor.

Ads for the first pizzas, then, might have featured the jingle “The toxic treat that beggars eat.” Yelp reviews like this one, penned by none other than Carol Collodi, the author of Pinocchio, didn’t help:

Pizza looks like a patchwork of greasy filth that harmonizes perfectly with the appearance of the person selling it.

“Pizza is made from a dense dough that does not cook, and is loaded with almost raw tomato, garlic, pepper, and oregano … (The pizza maker) cuts them into so many slices worth one soldo each, and gives them to a boy who goes off to sell them from a portable table at some street corner.

“The boy will stay there almost all day, while his pizza slices freeze in the cold or turn yellow in the sun as the flies eat them … The black of the toasted bread, the sickly white of the garlic and anchovy, the greeny-yellow of the oil and fried greens, and the bits of red here and there from the tomato — they make pizza look like a patchwork of greasy filth that harmonizes perfectly with the appearance of the person selling it.”

Given this pitiful pedigree, how did pizza evolve into a delicacy made with heirloom tomatoes, truffle oil, and cruelty-free pepperoni? According to the Italians, the shift in this humble pie’s reputation came about thanks to the King of Savoy, the Queen of Clean, and the world’s first pizza buffet.

3. A Questionable Claim to Fame

In Naples, the Pizzeria Brandi displays an 1889 letter from the royal “Inspection Office of the Mouth” (seriously!), confirming the Queen of Italy praised the excellence of the restaurant’s pizzas. Tour guides cite the letter when pinpointing Naples as the birthplace of the modern pizza. Their stories vary, but have three things in common:

The letter looks very official. And history confirms Queen Margherita visited Naples in 1889. But the facts cited by this origin story have been pounded, kneaded, and stretched a bit.

Umberto Ranieri Carlo Emanuele Giovanni Maria Ferdinando Eugenio, also known as King Umberto the First of Savoy, was a short fellow with a long name. His glossy hair and regal forehead were his best features, but his good looks ended at the eyebrows. His bulging eyes gave him a startled expression. His ears rode low on his tiny head. To make matters worse, he sported a comically large mustache, so thick and wide it looks like a fruit bat roosted beneath his sharp little nose.

Joining him in Naples was Margherita Maria Teresa Giovanna. Margherita wore her blonde hair up, complementing her almond-shaped eyes and earnest face. Despite being long-necked and long-limbed, she slouched, perhaps to disguise the fact she was taller and more graceful than her lump of a husband.

Margherita was Umberto’s queen by title, his first cousin by birth, and, by means of a joyless arrangement, his wife. Two years into their sham marriage, Umberto stopped sleeping with Margherita and installed Eugenia Attendolo Bolognini, the love of his life, as the queen’s lady-in-waiting.

Though unloved by her husband, Margherita was adored by her people, who revered her as a model of clean living. She limited her diet to lean meats, eggs, and vegetables, finished with a taste of ice cream and black coffee — a menu believed to promote perfect digestion. Fashion magazines of the day celebrated this smart, straight-talking woman — not for her wits, but for her excellent hygiene.

In fact, Margherita’s reputation for cleanliness was almost certainly why our story places her in Naples. As the Queen of Clean, she made the perfect nemesis for the city’s resident super-villain: a bacterium called virbium cholerae.

Advocates of germ theory clamored to remove the infected soil and build new sewers. But on the Neapolitan equivalent of Fox News, shysters pooh-poohed the idea that invisible creatures cause cholera, and called for city leaders to “cleanse the air” by burning sulphur in the slums.

Plan B had no effect at all on vibrum cholerae, but proved a boon for land developers, who seized abandoned slums after residents fled the sulfurous fumes. Soon, the foul air of Naples reverberated with the agony of the dying and the wailing of the bereaved. The death toll climbed to 14,000.

How likely is it that King Umberto would visit the filthiest city in Italy, order home delivery of the lowliest of low cuisines, and serve these dubious pies to the cleanest of clean-living Italians?

When a city the size of Naples loses three percent of its workforce, the national economy suffers. With plans for modernizing the sewers mired down in bureaucracy, corruption, and land speculation, Naples needed more than urban renewal. “The Home of Brimstone and Blue Death” needed a PR campaign.

Might the story of the queen’s pizza feast have been the 19th century equivalent of Barak Obama visiting Flint, Michigan? Could the letter touting the queen’s approval of Esposito’s tri-color pie be the Neopolitan equivalent of 21st centry photos of the President guzzling a glass of lead-laced river water?

As satisfying as this cynical spin on the story might be, both it and the tour guide’s tale hinge on the same piece of evidence: the letter displayed in the Pizzeria Brandi.

Royal records, so meticulous they do capture Raffaele Esposito’s application for a liquor license, don’t mention the King summoning the same man to bring the queen a pie. The seal on the letter is in the wrong place; worse, it is unlike any seal ever used by the royal house. The letter, attributed to Camillio Galli, whose distinctive script graces hundreds of court documents, is not in his handwriting. And palace records show Queen Margherita was in Rome, not Naples, on this specific date in 1889.

Given these issues — and the fact that the first known reference to the letter appears in print almost twenty years later —the letter is very likely a fake. The story of the first pizza buffet has less to do with national pride and politics than it does with early 20th century viral marketing. 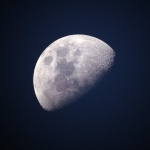 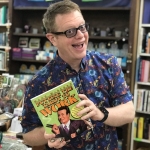 What Happens when You Disembark a Cruise Ship after COVID Quarantine

What Daily Life is Like in Cruise Ship COVID Quarantine

What Happens When You Get COVID on a Luxury Cruise?