One spring morning while walking to work, I spotted a familiar figure. His patterned shirt caught my eye first, because I had a shirt just like it. I noticed that our hair had the same color and cut. I recognized the leather courier’s bag he wore slung over his right shoulder: a custom piece I picked up in Buenos Aires. And then, all the details — his glasses, his gait, his manner, the way he carried himself — came together.

That man a block away didn’t just look like me. He was me. I hurried to catch up, but he was too far ahead; he pulled open the door of the building where I work and walked inside.

I was so unsettled by this, I actually asked the officer on duty if someone who looked a lot like me had just walked in. And while my faith in reason told me there had to be some simple explanation for what happened that morning, the odd feeling of unreality spurred by that sighting tainted the rest of my day. Even now, recounting the story openly for the first time, it gives me chills.

This eerie feeling of duplication — the unnerving experience of being immersed in a slightly off-kilter version of reality — pervades Haruki Murakami’s 1Q84. The setting (at least two versions of Tokyo in 1984) evokes nostalgia; Murakami weaponizes this by peopling his universe with characters who become aware that they have, through no intention of their own, slipped from one universe into another one — with frightening consequences.

As a storyteller and writer, I learned a great deal from watching how deeply Murakami descends into each of his characters. As the storyteller, he’s in no hurry; he takes his time. The specific internal details surfaced by this approach can be mundane in isolation, but the sum of these observations, especially over the course of a 1,319-page book, is greater than the individual parts. They accumulate and form structures, like those seashells that sink into the ocean floor and get compressed into sedimentary rock.

Here’s an example of one of those diversions from the book’s first chapter as Aomame, the main character, ponders her own name:

“Aomame” was her real name. Her grandfather on her father’s side came from some little mountain town or village in Fukushima Prefecture, where there were supposedly a number of people who bore the name, written with exactly the same characters as the word for “green peas” and pronounced with the same four syllables, “Ah-oh-mah-meh.” She had never been to the place, however. Her father had cut his ties with his family before her birth, just as her mother had done with her own family, so she had never met any of her grandparents. She didn’t travel much, but on those rare occasions when she stayed in an unfamiliar city or town, she would always open the hotel’s phone book to see if there were any Aomames in the area. She had never found a single one, and whenever she tried and failed, she felt like a lonely castaway on the open sea.

Telling people her name was always a bother. As soon as the name left her lips, the other person looked puzzled or confused.

Some people would get the name of the plant wrong and call her “Edamame” or “Soramame,” whereupon she would gently correct them: “No, I’m not soybeans or fava beans, just green peas. Pretty close, though. Aomame.” How many times in her thirty years had she heard the same remarks, the same feeble jokes about her name? My life might have been totally different if I hadn’t been born with this name.

A Digression of My Own

Lately, in my own fiction, driven by a current obsession with minimalism and relentless forward motion, I’ve eliminated digressions like these. But reading Murakami prompted me to try a digression of my own, and I liked the result enough to share it. (You’ll have to let me know what you think.) In this scene, Janine, the main character, ponders whether or not to attend an upcoming high school reunion in the small town where she’s lived all her life:

Janine, her eyes half-lidded, peered at herself in the bathroom mirror.

The bathroom mirror was not a particularly good one, especially not for the purposes of self-inspection. Water spots and dried specks of toothpaste marred its cloudy surface. Its size and shape made for awkward viewing angles. When Janine stood tall, the upper edge of the mirror lopped off the upper half of her head. When she hunched down, her face drew close enough for her exhalations to fog the glass.

Just above the mirror hung a wide, dull chrome fixture. From the fixture sprouted four fist-sized frosted white bulbs. Inside each of these flared an ugly cluster of antiseptic LEDs.

The fixture was the only source of light in the bathroom: a clean but depressing space she had not redecorated after buying the house and moving in seventeen years earlier. When she had bought the house after her divorce, she had visited Lowe’s and spent many hours examining tile and studying the differences between different brands of toilets.

She had fully intended to renovate every room, beginning with the master bathroom. She had planned to hire Kenneth Frammer, whom she had known since high school, and who retained a beefy, scruffy sexiness from his days as a quarterback, despite having gained seventy pounds. She had planned to have him install quartz countertops, tear out the ghoulish green tile that engulfed the claustrophobic shower, and replace the mint green commode. She had picked out and purchased whimsical new drawer pulls featuring elaborate brass petals sprouting from tiny discs of mother-of-pearl.

But the unused pulls remained in the plastic Lowe’s bag in the lower-left drawer, the tile remained in the shower and on the walls, and she had perched on the mint green toilet once again this very morning.

Given a bowel movement a day (and she guessed this was the case, except on days when she had diarrhea or felt constipated, but she assumed for now that these days pretty much cancelled each other out), she calculated she had relieved herself 6,205 times on the mint green toilet — the very same one she had sworn she would replace the first time she saw it seventeen years earlier.

She frowned at her reflection, pressing her palms against her unruly hair, pinching her checks, and pulling back the wattle that jiggled beneath her chin. She decided she would not be the worst-looking single woman at the reunion. That would be Grace Haddersham.

Grace, at 250 pounds by the time she was 32, had the odds stacked against her. A car accident — an ugly bit of business on the bypass a few years back — had forced doctors to stitch her face back together from whatever pieces they could scrape off Highway 34. The driver that hit her had been behind the wheel of his big rig for 72 hours without a break; he nodded off just long enough to let his truck nudge a squealing and horrified Grace off the road and into a concrete retaining wall.

A settlement followed, pushing Grace’s personal net worth into the millions and her lawyer’s personal net worth even higher. This allowed Grace to purchase any number of smart wheelchairs and to renovate her house with ramps and elevators. It also attracted the attention of an athletic younger man from Atlanta who had dedicated his life to Grace, but who lingered just long enough to transfer a huge chunk of funds into his own hands, then disappear with Kate Bouchard, the tight-bodied blonde girl who’d been giving dubious massages in a little parlor over the dress shop on Harmon Street for the past four years.

Jeanine might never be a prize, but she was not — at least not yet — a Grace. With this thin reassurance to bolster her confidence, she decided she would attend the reunion after all.

That’s just a first draft — but there are interesting things going on in there: glimpses into character and motivation and mindset that would normally be stripped out of my work. I appreciated the fact that, in addition to a very satisfying story, reading 1Q84 inspired me as a storyteller the same way attending a weekend workshop might.

A Long Journey Worth Taking

At more than 1300 pages, 1Q84 isn’t light reading — but it is rewarding to become immersed in the work of binding the various characters and storylines together. In the end, this is a book about belief, and how our beliefs shape our lives, our world, and, perhaps, the universe itself.

It is also the first book I can recall where the theme, placed in the mouth of a minor character, is expressed negatively. Even as the world tilts and shifts around Aomame like a prism, a taxi driver tells her: “… the everyday look of things might seem to change a little. Things may look different to you than they did before. I’ve had that experience myself. But don’t let appearances fool you. There is always only one reality.” 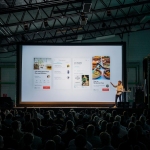 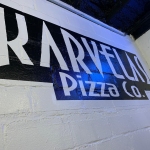 Love Letter to a Pizza Joint

How to Choose Which Novel You Should Write First