After decades of procrastination, I had more than fifty half-baked ideas for novels floating around in my head (and on my hard drive). Once I decided to put my head down and actually write book-length fiction, I faced a tough choice. Which of my half-hundred novel ideas should I choose for this project?

Or, in other words, of the novels I could write … which was the novel I should write?

So, as any good citizen of the 21st century would, I asked Google, “How do I choose which novel to write?”

Far too many articles answer this question with variations on a single lame theme: “Follow your heart!” Fact is, if you’re asking Google which novel to start writing, you’re not getting enough feedback from your heart to pick a novel to write in the first place.

Three articles, though, did prove useful. Because I remixed ideas from these to inform my own approach, I’ll list them here as a way of saying thanks and to point you to the best of the lot.

Heads or Tails? Choosing What Story Idea to Work on Next

How to Decide Which Story Idea to Write Next

7 Ways to Decide Which Story Idea You Should Write Next

Building My Own System For Picking Novels to Write

As I read the articles above, I took notes in Obsidian, an amazing thought processor (or “Personal Knowledge Manager” or PKM). From those literature notes (summaries of the author’s ideas, restated in my own words) and my own fleeting notes (ideas I had or connections I made while reading), I came up with a list of six questions to ask myself, phrasing them so I could answer each on a scale from 1 to 5:

Back in Obsidian, I made a bulleted list of every single novel idea. With this list in place, I went back and highlighted the ideas that felt more mature, better fleshed-out, or more appealing to me than the others. This narrowed my list down to twelve possible projects.

The list included the first installment of a spooky detective series, a science-fiction epic, a thriller with a time-traveling twist, the alien invasion of a small town, a metaphorical tale about the dangers of religion, a fantasy novel set in a uniquely limited location, a quirky gay-interest comedy, a science-fiction take on the evangelical obsession with The Rapture, a magical reality story about coming to terms with roads not taken, a romantic thriller set in the Iron Age, and others.

Being a total nerd, I then took my six metrics and my twelve possible projects and arranged them in a spreadsheet. For each work, I answered each of my six questions, assigning values from one to five. Adding all scores assigned to a given work together, I came up with an “Selection Index” — a total score designed to draw my attention to the most viable novel candidate. The higher the score on the Selection Index, the more likely a project was to be “The One.”

I was surprised that “a magical reality story about coming to terms with roads not taken” scored highest, with 29 out of a possible 30 points. Frankly? This is not the story I would have chosen had I “followed my heart” or picked the tale I had the most generalized enthusiasm for.

But, in the end, I did see the wisdom of this choice. The structure for this novel — now titled Parallel Lines — was pretty firmly established in my head. It featured characters I was fond of in a story world I was excited about exploring. It addresses themes I’m passionate about, is rooted in observations about life that I feel well-qualified to make, and provides insights into its theme that I believe will resonate with others. It’s also a straight-forward tale: a linear story told from one point of view.

I had expected the spooky detective series to win — but, in retrospect, understand that a series is a big obligation. I like the idea that, when I do get around to writing that series, it will be stronger as a result of my having written other novels.

One thing I learned: while Parallel Lines won with a score of 29/30, second place ended up being a tie among three projects with a Selection Index of 28. On the one hand, that’s good news: when Parallel Lines is done, I’ll have three very appealing potential second novels to choose from. On the other, the fact that three scores were identical … and that the third place award was also a three-way tie … suggests I might need to tweak my scoring system. (Very likely, this involves using a broader scale — from one to ten, perhaps? — or identifying additional metrics, or both.)

PS: When this article was originally posted, I was about 25% through drafting Parallel Lines, which I chose to write “out loud” — in public, in real time, publishing a 1400-word chapter a day, six days a week, until the novel was finished. I also chose to write and publish the book online using Obsidian.md and the quick-and-easy Obsidian Publish service. If you’re interested in the book, you can see the project in progress here:

A novel’s a big project. Writing a novel requires a substantial investment of your time, energy, and attention. Before you “follow your heart” and jump into writing, figuring out the project that offers you the best combination of creativity, practicality, and suitability makes good sense.

Find this system helpful? Steal it. And then, based on what you learn, adapt it and make it your own. The goal isn’t to slavishly follow the path I took, but to try, observe, and tweak, incorporating what you learn along the way — and develop the system that works best for you.

If this advice proves more helpful to you than “follow your heart,” please let me know with a tweet (I’m @markmcelroy on Twitter) or a quick note to mark@markmcelroy.com. 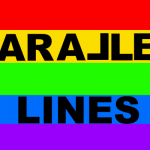 I’ve decided to write a novel. In public. Using Obsidian.md. 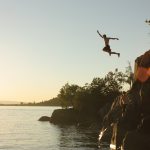 Keep a Journal? Get Smarter by Revisiting Old Entries.