In case that click-bait title lured you here with dreams of making a fortune, let me clarify right up front that, by “thousands of dollars,” I mean three thousand dollars … and that was over seven years.

That said: if you make all the same mistakes I made below, seven years from now, you’ll be able to buy yourself a shiny new MacBook Pro. (Well, the base model, at least.)

I Wrote the Best Tarot Book You Never Read

In 2006, I negotiated a contract to write a book called The Absolute Beginner’s Guide to Tarot for Que Books, a division of Pearson. Pearson paid me a $5,000 advance. The advance was nice for me, but turned out to be a bad bet for the publisher, as the book never sold enough copies to earn back that amount in royalties.

That failure may say less about the book than it does about Pearson’s corporate issues at the time. Just before TABGTT came out, Pearson discontinued the Absolute Beginner’s series and abandoned all efforts to promote the book to distributors or market it to readers. Worse, Pearson’s distribution infrastructure — built to support technical and educational titles — didn’t include the handful of wholesalers metaphysical shops and new age bookstores order their books from.

As a result, the best book I’ve ever written was almost exclusively available through Amazon.com, where it never really connected with its audience. Just months after its release, despite good reviews from the few who found it, The Absolute Beginner’s Guide to Tarot disappeared. Pearson soon dumped their inventory for pennies on the dollar (a standard practice called “remaindering”), flooding the market with cheap copies of the book. Today, used and remaindered copies that someone paid ten cents for are selling for as much as $44.00 on Amazon.com — but, of course, these generate no income for Pearson or for me.

This result broke my heart at the time. Thankfully, the story doesn’t end here.

The Shift to Self-Publishing

That done, I launched a little experiment. First, as one does, I prepped A Guide to Tarot Card Meanings for release as both a Kindle title and a print-on-demand paperback through Amazon’s KDP program. Second, I made both a PDF version and a plain-text version available as digital downloads from Gumroad. Third, I put the entire text online at TarotTools.com, where anyone can read the entire book for free. And finally, I decided to put A Guide to Tarot Card Meanings into the public domain.

Why? Well, to my knowledge, no clear, well-written public domain guide to tarot card meanings and tarot card reading existed at the time. (Don’t even try to persuade me that Arthur Edward Waite’s Pictorial Key to Tarot qualifies!) Releasing the book into the public domain felt like a contribution I was uniquely positioned to make to the metaphysical community … and to everyone from students to app developers who might need a text they could use without worrying about license fees and permissions.

But I also made this book public domain for selfish reasons: I didn’t want the stress of having to worry about tracking down people who might repackage or resell some version of these texts. You can’t steal what already belongs to you! (I was also eager to see what kinds of apps or products would end up incorporating my work.)

A Guide to Tarot Card Meanings went up for sale around July of 2014. Apart from mentioning the book’s availability on my blog, I’ve never put any effort — or money — into marketing the book.

Because I consider Tarot a sacred text in the Western spiritual tradition, I wanted to make A Guide to Tarot Card Meanings as broadly available as possible. So, I packaged it up in several ways:

I also formatted the entire text as a card dictionary at TarotTools.com. (For the last five years, a steady stream of about one hundred folks a day browse some portion of the text.)

My goal was to provide the book in multiple formats at a series of price points that represented the amount of effort I had to put into creating each version.

Seven years later, this is what I can report:

The Gumroad PDFs sell for $5.00 each, and I get about $4.30 per download.
The free text file has been downloaded hundreds of times.

In the first month it was available, the Kindle edition sold 56 copies. Over the rest of 2014, Kindle sales dipped to about 20 copies per book; in 2015, the book sold, on average, a dozen copies a month.

But what a “long tail” the book has! Since 2015 — for the last six years — the Kindle version of A Guide to Tarot Card Meanings has sold an average of six copies a month … with no marketing of any kind and no effort at all on my part.

For the past seven years, paperback sales have continued steadily, averaging about three copies a month. The Gumroad files have sold in dribs and drabs over time, averaging 4 a month for the last seven years, for a total of $675 to date.

Not bad for a repackaging of half a book I’ve already been paid $5,000 for.

Even neglected books written for niche markets can generate a steady revenue stream. $3,200 over seven years isn’t the kind of cash that would empower anyone to quit the day job. But it’s intriguing to see how a book, written for a decidedly niche market, could be repurposed to generate steady, stable revenue stream of about $500 a year over the last seven years … without requiring any effort on my part beyond the ten hours or so I spent repurposing the text for self-publishing.

Self-published books have potential to earn authors more money than commercially published books. Especially if you’re writing for a niche market or an established readership, self-publishing is almost guaranteed to earn you more than you’d make from a contract with a publisher.

If A Guide to Tarot Card Meanings had been sold to a publisher, it would have likely retailed for either $9.99 (Kindle) or $19.99 (paperback). As the author, I would have received less than a dollar (Kindle) or about a buck-fifty (paperback) per sale.

Over the past seven years, if these theoretical commercial versions of the book had sold in equal numbers, they would have earned me a total of about $1,100. Despite very modest (perhaps depressingly modest!) sales, my self-published versions earned me almost three times that amount.

“Oh,” someone says, “but a commercial publisher would have marketed them and sold more!”

Maybe. As my own experience shows, though, a commercial contract is no guarantee of marketing support. (And I think most writers who aren’t penning million-copy blockbusters will agree with me that any real marketing of a book is going to be done by the author and her most passionate readers, anyway.)

I should put more books out there. What if I’d written ten such books over the past seven years? What if those had been written for broader markets? And what if I’d put even a little effort into marketing and selling them?

In the meantime, all the rights to all the books I’ve ever written, except for one, have now reverted to me. It’s time to put that text to better use, I think.

It’s gratifying to see people using what I’ve created. The full text of my little book has been incorporated into a lot of creative projects.

All these uses delight me — and so far, every person who has integrated my text into their work has been kind enough to give me credit, even though doing so has never been required.

I wish more authors would talk very openly and concretely about the financial performance of how their books. Especially when I was just starting out, I needed to hear stories that would help set expectations and guide me in the right direction. This exercise, if nothing else, has persuaded me to start sharing the details of what my books earn. I’ll be doing it retroactively, at first … but later, I want to publish charts on this site where people can see monthly performance reports for upcoming titles.

My own web sites don’t make it particularly easy to find and buy the book! This astounds me! Until I went looking at each site with fresh eyes, I didn’t realize how hard it was to find and purchase this book. Considering the obstacles I’ve put in the way of the reader … it’s a wonder I’ve made any money from this book at all.

While doing some nosing around for this post, I discovered two things that struck me as odd or funny, and I wanted to share them with you.

Photo by Nick Fewings on Unsplash 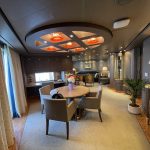 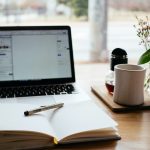 Keep a Journal? Get Smarter by Revisiting Old Entries.

Good Advice on Writing About Me Pages