The Allure of the Everything Box

Since my first experience with Yojimbo back in 2006, I’ve fallen for the seductive promise of “everything boxes.” The idea is simple: as you come across files, ideas, links, or quotes of interest, you toss them into an app. Anything placed in the box can be manually or automatically filed in notebooks or folders.

Sending information to these apps rarely requires more than a click or tap. As you amass a library of thousands of notes, the application of categories, keywords, and tags, combined with the power of full-text indexing, makes it easy to summon up just the right resource at just the right moment.

Soon, I accumulated a collection of hundreds of notes. And because I’m always attracted to the potential of new apps, I began shuttling my collection back and forth from Yojimbo to Evernote, Keep It, DevonThink, Notational Velocity, NVAlt, OneNote, Bear, and even — very briefly — Apple Notes.

Volume does not Equal Intelligence

Eventually, though, I became aware of a problem: even as my tools got smarter, I didn’t.

In practice, while collection was easy, it really wasn’t pleasurable any more. Each time I encountered an idea, I ran into friction. Should this link to an interesting new book be appended to my “To Read” list Bear? Should I drop a review of that book into Keep It? Should I put my reading notes on that book into DEVONThink … or Ulysses?

Even after I committed myself to an Everything Box App Armageddon and constrained myself to just two apps — Bear (for quick capture, lists, and transient notes) and Keep It (for everything else) — I’d catch myself looking in one place for information that I’d stored in the other. I responded by devising elaborate systems for categorizing and tagging new notes … but these efforts always began strong, slipped when the pace of work got frantic, and eventually withered from neglect.

In the end, as a researcher and writer, I needed more than an everything box. I needed an intellectual partner: an app capable of aiding rediscovery, surfacing patterns in my work, and pointing me to projects inspired by the information that interests me most.

So I launched a quest to find that partner … and very quickly, my search took me to a class of software and services I’ve decided to call “thought processors.” These apps go beyond collection and categorization of information, using a combination of techniques and technologies to link ideas together in surprising, interesting, and useful ways.

Along the way, I’ve revisited an old, forgotten friend (Hello, DEVONThink), stumbled on ideas that were new to me (ever heard of the Zettlekasten Method?), found books on smarter note taking processes (including Sonke Ahrens’s How to Take Smart Notes and Mortimer Adler’s How to Read a Book), waded through the Twitter streams of thought leaders in this space (including folks like Connor White-Sullivan, Tiago Forte, Shu Omi, and others), and found some remarkable new tools (including Obsidian.mb and Roam Research).

A System that Makes Me Productive

It’s been a long journey — and it’s not over. But I’ve reached an important milestone, cobbling together processes and apps into a solution that’s already helped me achieve an important goal: shifting from collecting to creating, from stuffing everything boxes to sharing ideas, and from worrying about where to put ideas to writing about them.

Over the next few days, I’ll share exactly what I’m using (and what I’m not using), why I’m using it (or not using it), and how the system works. For now, if you want to jumpstart your own journey, check out the links in this post .., and then, please come back to find out more.

Photo by chuttersnap on Unsplash

Shifting from Dabbler to Doer 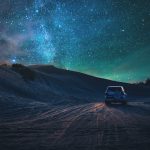 I Fed DEVONthink My Dreams and Found a Stalker