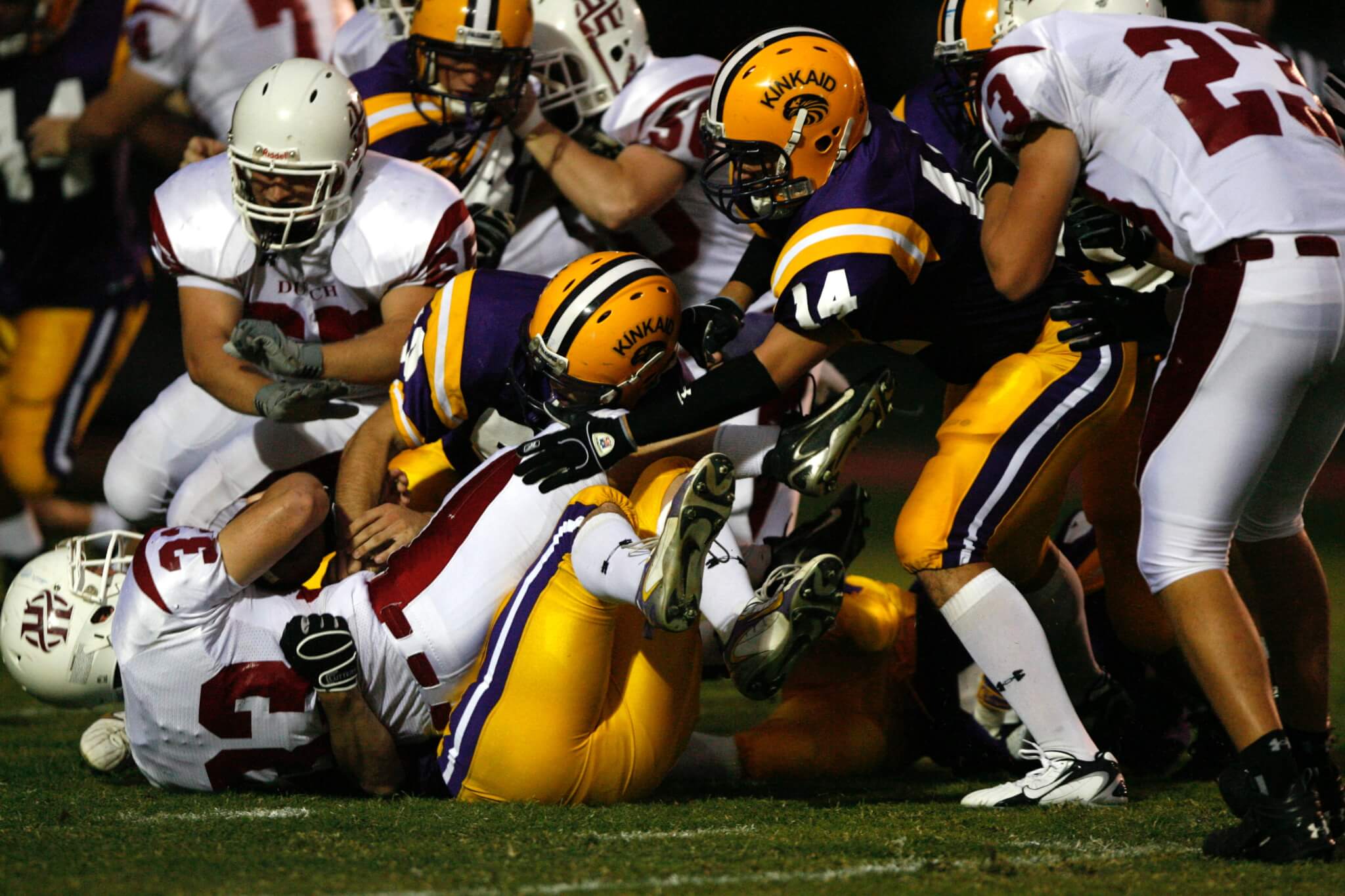 When someone cares enough to pass me a book, I feel duty-bound to read it. That’s how The Captain Class jumped to the top of my reading list; otherwise, I would never have picked up sports-themed book on leadership principles.

The mostly-straight male-dominated corporate world is awash in sports metaphors. At work, we rate people on their strength as a “team player.” We’re always “coaching” team members on how to “tackle” their problems. Given how many cafeteria conversations end up being about last night’s game, a book offering leadership lessons based on high-performance sports teams seems likely to be a “slam dunk.”

The Mystique of the Team Captain

So, to get the ball rolling, the core idea of the book is this: after extensive historical and statistical analysis, author Sam Walker found that high performing sports teams have a single factor in common. It’s not a dynamic coach. It’s not the star player. Instead, it’s the lowly team captain: a player whose long-term, low-key, but relentless dedication, lack of desire for the spotlight, and willingness to do thankless jobs without recognition inspires others to deliver their best performances.

Walker backs up this claim with a lot of research … and lots and lots (and lots) of illustrative anecdotes drawn from everything from baseball to New Zealand rugby. He gets off track, though, when he styles this well-supported claim as “a new theory of leadership” and asserts — without proof — that the concept applies to corporate teams, too.

As a storyteller, I recognize (and depend on) the power of storytelling. Stories inspire. Stories explore. Stories change how people think and feel. But — no matter how engaging they might be — stories (unless they’re based on data) aren’t proof.

Sports Metaphors Don’t Speak to Me

Your enthusiasm for this book, then, will hinge on your willingness to believe that whatever is true for soccer team players will also be true for corporate team players.

For me, the whole “corporate teams are like sports teams” simile is problematic. As a school kid who was two to three years younger than his classmates, I was always smaller, weaker, and less coordinated. As a result, I was always picked last for sports teams — except for that memorable day when our teacher proclaimed, “Today, to make them feel better, we’re going to take the people we always pick last and pick them first.”

Everyone looked at me.

Long story short: perhaps because I never enjoyed playing team sports, I never developed much interest in them. I possess neither affinity for nor fascination with any sports team, whether collegiate or professional. As a result, while I wouldn’t say I’m biased against sports-themed leadership books, I do think I tend to be more skeptical of their observations than most people reviewing books like The Captain Class.

One imagines managers, inspired by this book, might shift some attention from high-profile darlings to stalwart contributors and stable (but not stellar) team members. Good things might happen if we focused more on overlooked, under-valued, and longer-tenured staff.

Unfortunately, this approach to leadership, like all too many approaches touted in flavor-of-the-month corporate philosophy books, has no track record of success to prove its own reliability. Walker has plenty of statistics to prove that remarkable sports teams incorporate captains … but the idea that the principles behind The Captain Class will generalize to corporate teams is merely an assertion.

In my personal experience, corporate teams and sports teams have less in common than one might think. Solid, long-term team players can and do make valuable contributions — but these players aren’t being literally bought and sold by the organizations that own them. What’s more, because their salaries are lower, their contracts are less binding. As a result, corporate team members are more like free agents, with a lot more freedom to walk off the field … and, because there are more businesses then sports franchises, a lot more opportunity to switch teams.

Especially in a corporate setting, I believe leadership (in the role of senior management) has far more to do with success than Walker’s work suggests. Leaders may not be executing plays directly — they get work done through others — but their level of courage, degree of honesty, willingness to do the right thing in tough situations, and ability to inspire others to do their best work — set hard limits for a corporate team’s success. When senior management empowers the team and models trust, teams thrive (and team captains and star players alike flourish). But when leadership micromanages projects, obsesses on the irrelevant, and fails to provide clear priorities … star players and team captains alike suffer from shattered morale. Performance declines, and those who can leave, leave.

Walker might be right that humble, hard-working regular folks contribute inordinately to success. But there isn’t much data to suggest this insight applies to corporate teams … and there’s a lot of data confirming that leadership plays an inordinate role in whether good workers stay or go.

If you’re looking for a book filled with practical leadership ideas you can implement right away — tried and true principles proven effective over time — this is not it.

The Captain Class works as a collection of intriguing sports anecdotes and, perhaps, as an extended meditation on what inspires us. But without evidence that these principles work in the workplace, I’d be more likely to pick myself to quarterback a pee-wee league football team than I would be to consider this volume to be a playbook for successful corporate leadership.